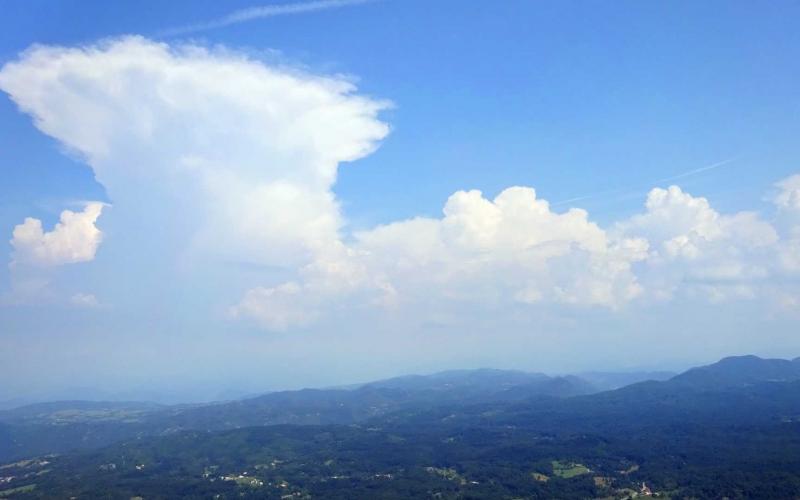 On the first day of the comp we went to Lijak, as the weather forecast for the Tolmin area showed early possibility of thunderstorms. Despite very bad forecast for the weekend many pilots turned up at launch. The committee set a task of 45km and the race started at 12:50. Unfortunatelly after about half an hour it became obvious that the task couldn't be continued, as there were huge Cb clouds all around us and it already rained in Ajdovscina. The task was stopped and everybody went to land. In the end the task was not scored.

Saturday was cancelled as it was absolutely clear that the weather would be unflyable.