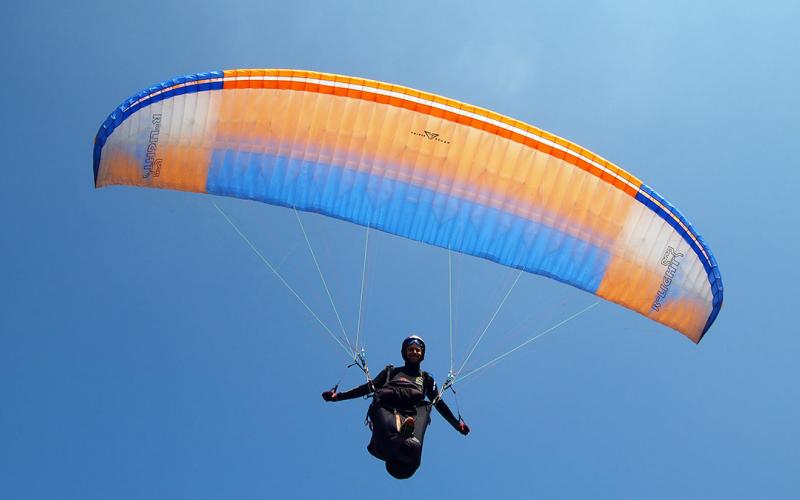 Because of stronger SW winds predicted for the entire area, we decided to go to Lijak. It turned out to be a good choice, as at 12 am on Stol it was already blowing over 10 m/s.

The task committee set a task of 45 km with a short zig-zag in the beginning and then a long glide downwind pas Ajdovscina to Budanje. Some parts were slightly difficult for the lower performance gliders because of the wind, but in the end over 40 pilots got to goal. It was also quite important to watch the altitude - but not because of the altitude limit - simply the cloudbase was pretty low, at around 1500 m, so getting as high as possible before flying on was crucial. First was Jost Napret flying a Triple 7 Rook 2 (which you can see a lot in this comp), second was Primoz Susa and third Marc Wensauer - both flying the upgraded version of GIN's high-end EN-B wing - the Carrera Plus.

Tonight we will listen to the presentation by Jurij Vidic, the best Slovenian pilot at the moment (and third in the World). He will tell us what it is that makes a top pilot. After the lecture we will have the usual d-briefing, when the best pilots will comment on today's task, their tactics and the best solutions for the route.

Tomorrow most probably we will also go to Lijak, but the decision will be made in the morning.