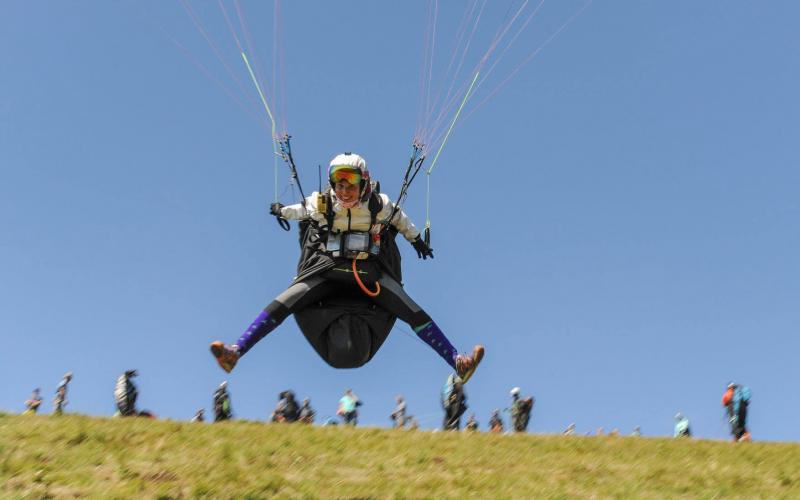 Because days 2 and 3 can only be described with one word: RAIN, we won't talk about them. Luckily we all stayed in good mood as we had high hopes for the beginning of the new week.

Monday welcomed us with clear blue skies and all pilots went to Kobala take-off.The task committee set a task in the valley of 56km. The beginning was very slow as the air was quite stable. This is why the majority of pilots landed shortly after the first turn point. For those who managed to stay in the air the second part of the task was much easier. 14 pilots made it to goal and the winner was Aljaž Valič flying Triple Seven Queen 2, followed by his brother, also on a Queen 2. The last pilot in the air landed after 7 pm and he was 2km shy of goal.

Tonight at 8:30 pm we will have a presentation by Nicole Fedele who will talk about how to improve your flying.